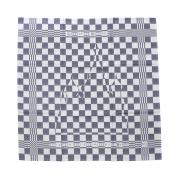 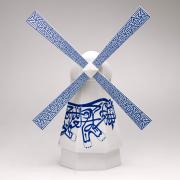 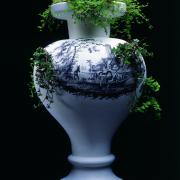 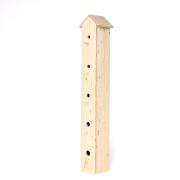 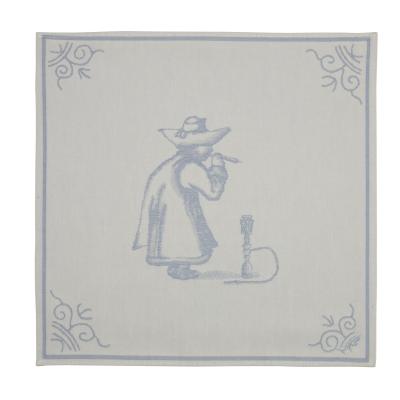 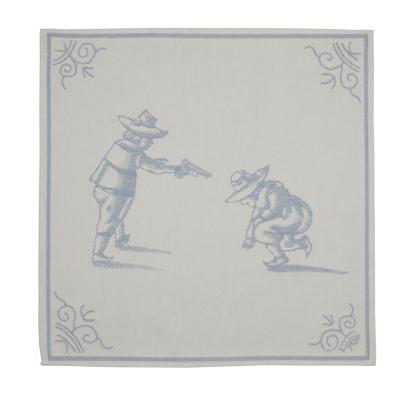 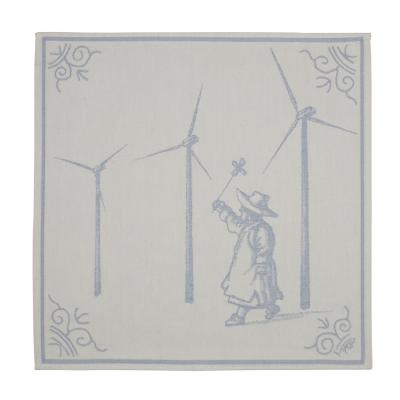 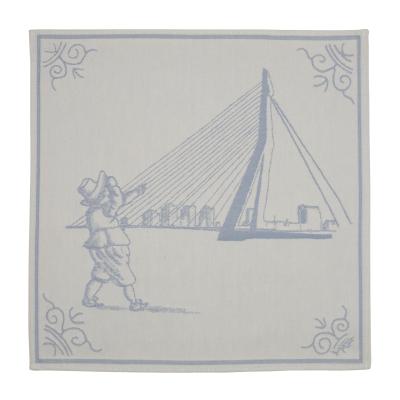 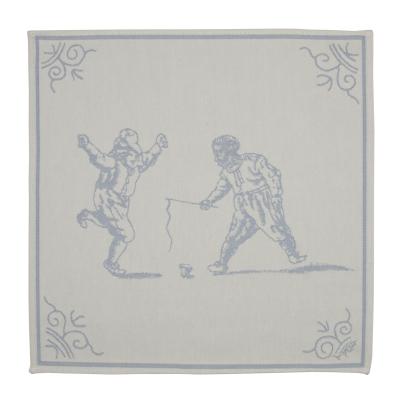 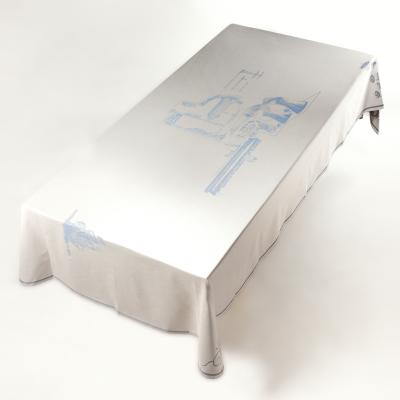 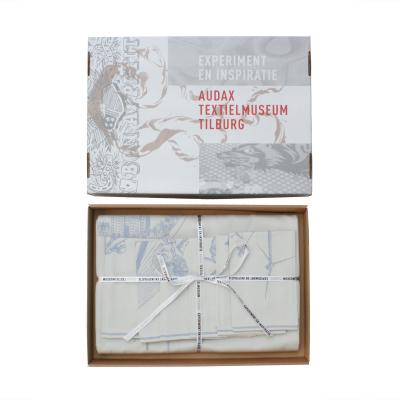 The first series designed in 2003: the little boy was given a pistol, the man with the hat received roller skates and one of the children changed race. These images were woven by machine in the TextileLab in the museum.

The tablecloth also shows historical images with an update: the map and outline of the city form the central image. Within this image old and new elements are combined. The historic center of the city is filled with crane equipment and high-rise buildings, representative of the ambition to build within cities in 2003. Old ships carry a European flag and windmills determine the skyline of the city.

In 2009, the textiles were updated with themes such as games, drugs and sustainability appearing in a second layer with embroidery, laser-cutting or foil transfers. The kid with the pistol now also had a Wii-game console and next to the Erasmusbrug the newest skyscraper was added to the Rotterdam skyline and temporary symbols, which may be barely legible in twenty years. 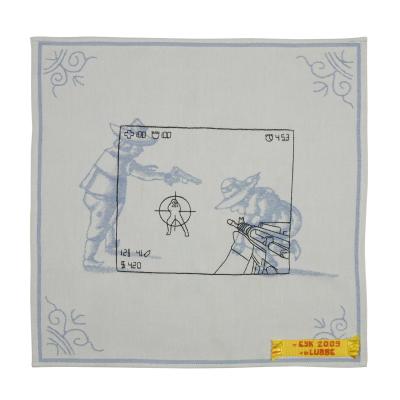 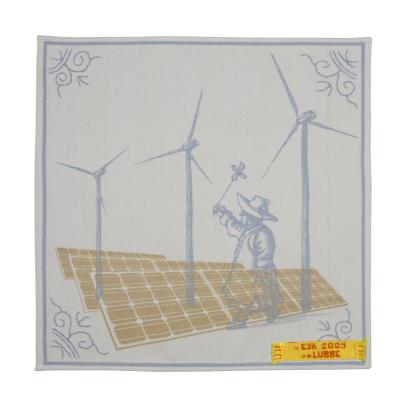 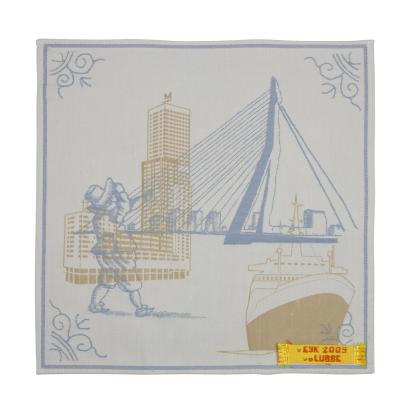 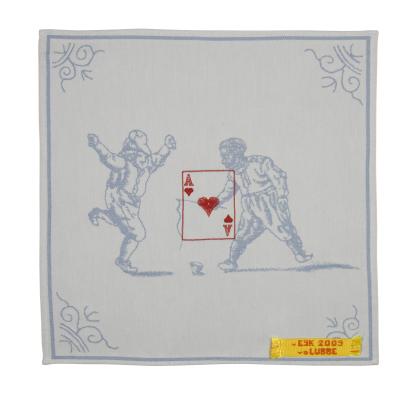 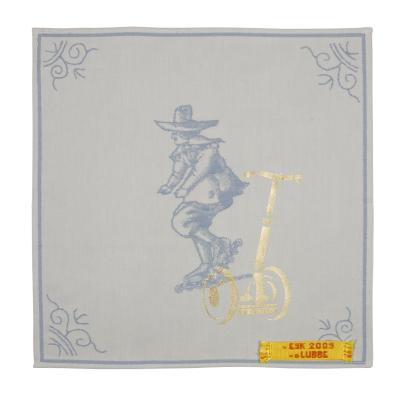 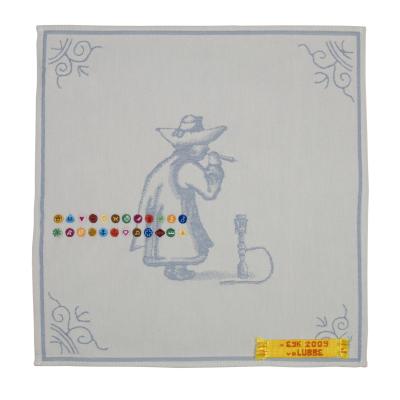 The 3rd revision of the collection is now being made. Large multinationals are currently dominating our world. Apple, Tesla, Nike. Almost everyone is familiar with these mega-brands. The Big Boys hijack our world and the individual becomes invisible in the shadow of these giants.

The third layer shows the well-known logos of these multinationals. But the perfection of the meticulously designed logos is lacking. They are embroidered. With a cross stitch, by hand. Nothing mechanical about it. By people with a distance to the labour market. People who spend hours, days, months on one logo. Time doesn’t matter and efficiency doesn't matter either.

The ultimate product of this design is not the physical end result, it’s the making process and creating something with pride. Logos of anonymous multinationals are embroidered manually by individuals with a name. Marie José, Moniek and Suzan. It is a time-consuming task for these people. They probably work on it for one or two years. It is part of the design to give a time commitment to these people where they proudly work on a collection piece for a Dutch museum. 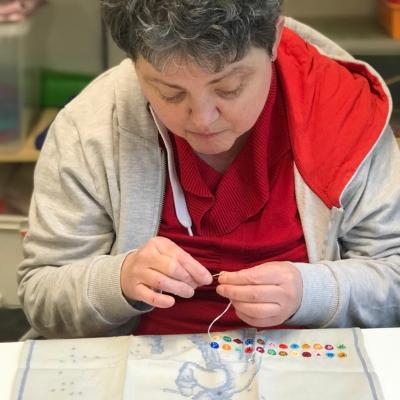 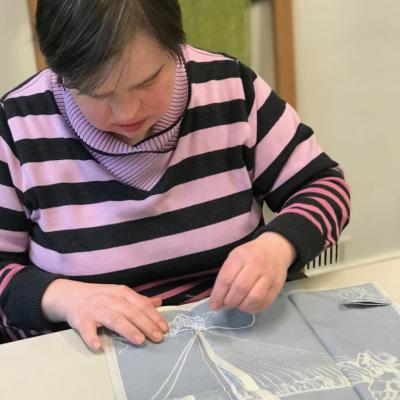 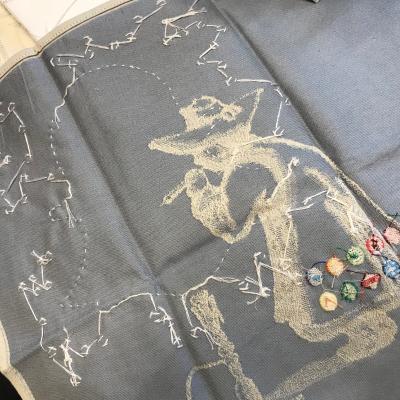 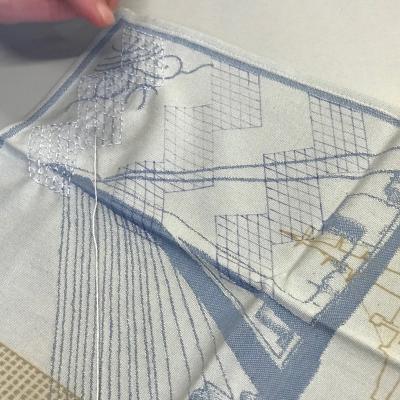 A fourth revision has already been ordered. This will take place in 2024.